The Parent-Child Connection is a nifty feature in Datorama reporting to normalize data from two or more data streams that share a common entity key. We can best visualize this connection by looking at the tables below.

In this example of Datorama reporting, there are two data streams with the parent having the full set of hierarchy while the child only has the main entity key with the spend details.

While using Parent Child-Connections, the date from the parent and Child’s data streams can be combined to a single table as shown below:

Parent-Child connections have minimal impact on dashboard performance against data fusion, which is performance intensive.

However, in terms of scalability, Parent-Child connections do have their limitations. For example, a Child cannot be under more than one Parent at a time, nor can it simultaneously be a parent for another Child stream. As a result, when there are hundreds of data streams with overlapping entity relations between them, defining a linear parent-child connection will be unfeasible. 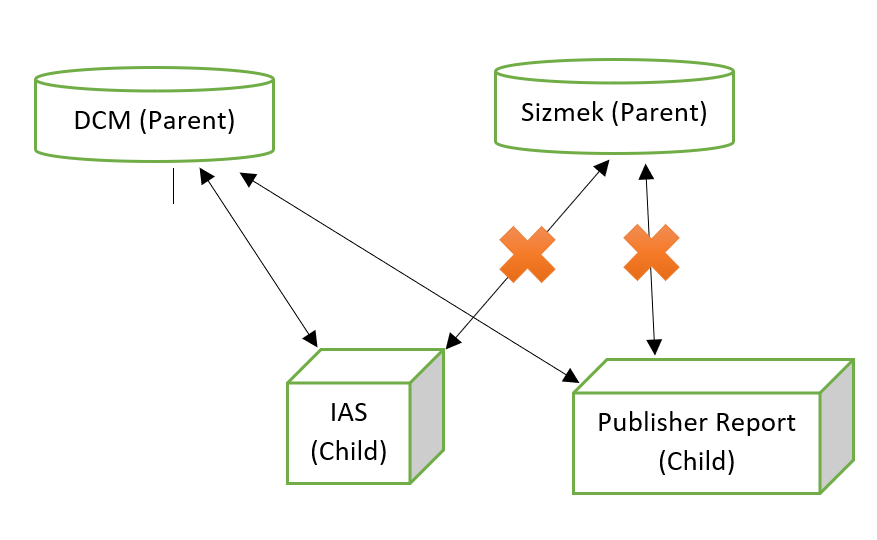 To overcome this limitation, we can use an Empty Parent technique to manage the Parent-Child connections. In this method, we will create a dummy dimension data stream with the mapping as shown below:

“Dummy Dimension” is a system entity that is provided by Datorama to aid in creating these empty bucket type data streams so that it stays passive and doesn’t interfere with other data.

Once this data stream is created, it can be used as a Parent for all subsequent data streams that have overlapping entity key relations between them. The Empty Parent will then serve as the bucket to store the final table built from all the other streams. This is illustrated below:

One example of a use case for this method was to create multiple Empty Parents called: Display Parent, Search Parent, and Social Parent. Different channel data, like Search, Social, and Display, were then segregated under these parents and a homogenized final table was created for each channel. Hundreds of data streams can be defined within this Empty Parent-Child connection without the fear of maintaining manual connections. An encore of our top-rated Dreamforce 2022 presentation. See Ross's walkthrough of approaches, challenges and solutions as presented at Dreamforce. Both Datorama and Supermetrics offer excellent solutions for marketers, with different strengths. Let’s dive into a brief comparison between these two tools.